The 14850.com mail server is letting users check mail successfully, but since it doesn't seem to be able to receive mail at the moment, there's never anything to retrieve. I've left Mike a voicemail and hope he'll be able to poke the server before too long. Meantime, you're enjoying the quiet, right? 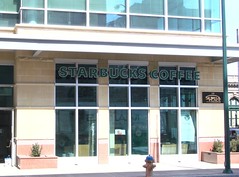 So you think the folks at the downtown Starbucks will be irritated if I walk in with a cup of coffee from Queen of Tarts or Juna's when I go there to meet some people for a meeting tomorrow morning?

Mail seems to be reaching mail.14850.com, by the way. Anything that was sent earlier today should arrive before long, though a lot of it may be out of order; the outage was short enough that nothing should have bounced except on really high-strung mail servers.

The biggest surprise in the pile of mail from when I was away was a check from my auto insurance company. I hadn't overpaid or anything, they simply had decided they made too much money last year, so they were giving everyone some back. Basically, they hadn't paid out as much in claims as they'd thought they might, and their profits were so good that they wanted to share. Fun! I won't be able to fly to Costa Rica on the refund I got, but it's about 10% of what I pay them for a while year, so a non-trivial amount of money.
Collapse