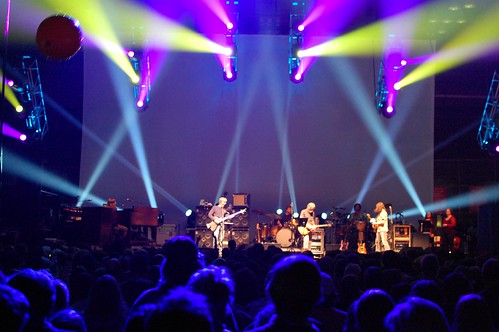 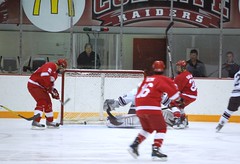 Much as I prefer not to waste half the afternoon, much as I prefer to be able to stop for dinner where I please, and much as I prefer to be able to pop in at the Brae Loch on the way home from the game, I have to say I'm glad I bought a CHA bus ticket and game ticket for tonight's Big Red Hockey game at Colgate. The bus trip leaves from the Clarion at 3:15 and stops at the Pizza Hut this side of Hamilton. Tonight's weather isn't going to be bad as we've seen for some road trips up that way, but it's snowy enough that, honestly, I'm just as happy not to have to drive in it.

For those staying put for the night, the game is being televised on Time Warner Cable Sports, channel 26 in Ithaca. (It's available to other New York TWC providers to carry or not; I suspect a couple of other regions will.) I'm sure it'll be on in several local establishments; the BoatYard Grill has announced they welcome everyone to watch on the big screen. Gametime is 7pm. Keep an eye out for me. I'll be the one wearing red.