Hope you had a decent day despite the weather, if you're someplace with weather. I briefly considered not going to Pixel's trivia night last night, figuring there was a good chance I'd get an early-morning call with school closings. Chris needed to borrow a laptop, though, so I brought him a spare. I'm glad I went anyway, even though we didn't come close to winning. 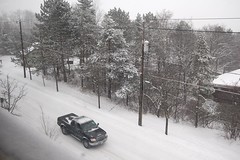 So, I had about four hours before the phone call from Jeff waking me up with the first round of closings. After an hour or so, I managed to take a two-hour nap, and woke up shortly before he called with the second wave.

My afternoon meeting in CCC was pushed back to next week because so many people were wisely working from home, so it wasn't a tough decision to do likewise. I knew I'd be able to get to work, and would probably be fine with all wheel drive at the end of the day, but I'm glad I have the option of not risking it.

I spent about an hour and a half on a telephone and web-conference briefing on new software that's shipping in a couple of weeks, and which I'll be writing about for TidBITS. And, I've gotten some generic work done, replying to e-mails and inquiries, as well as keeping up on the closings listing for the radio station and the web.

Nice to see the Sheriff has issued a travel advisory but kept the roads open, unlike his first winter in office, when he jumped the gun and closed the county roads when things were messy in the outlying areas. That forced Cornell and IC to close, even though Ithaca wasn't in bad shape.

No plans for tonight; I'd had vague thoughts of finding some folks for a fun dinner, but given the weather, I think I'll stay home and cook something interesting for myself. 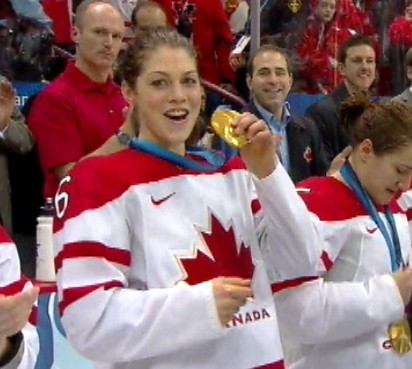